The team was created in 2016 as interest arose in another activity to participate in during the off season of hockey. Lacrosse is the natural answer to this quandary. With its combination of soccer, football, and hockey, it is quickly picked up by those who are familiar with these games.
There is a ton of lacrosse in Colorado, with Denver sporting the award winning field team, the Denver Outlaws, as well as an indoor box lacrosse team, the Denver Mammoth. Utah has a very large lacrosse community as well, with many large tournaments in Salt Lake City and in Park City,  as well as numerous varsity level clubs spread out around the state.
Wyoming has lacrosse too- most of which is centered in and around the Jackson Hole area, however there are teams starting to pop up all over the state; there is a club level team at UW and several community men's clubs as well for the older crowd.
It is, however, the first of its kind here in Rock Springs. Given the interest, it is only a matter of time before the team becomes a powerhouse and the center of lacrosse in all of Wyoming.

Coach Rick Baker has been involved in some way or another, from playing to coaching to supporting, since 1989. As an athlete, he played on his high school team for three years and then for a bit in college. After moving from Washington to Southern California in 2000, he started the La Quinta Lacrosse Club, now the Desert Tortoises, and created the La Quinta Desert Laxfest, an annual tournament that attracted teams from all over California, Arizona, and Nevada. The Palm Desert Lacrosse Classic still runs on the same weekend and location as the Desert Laxfest and features some of the best high school and collegiate tournament lacrosse in California.
Lacrosse is his absolute passion and greatest love next to his family. This passion has spurned many on to collegiate play, including one player who was selected to play on the Korean U19 team to play in the World Championships, later attending Syracuse and being on the club team when the D1 team won the National Championship.
It is time to continue the legacy, here in Wyoming....... 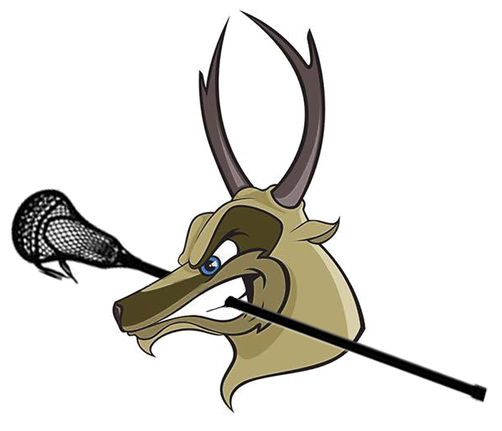